George Martin’s Grillfire: Slide Into a Plush Booth at This Casual Eatery Near Arbors at Arundel Preserve

When you want a hearty, tasty meal straight from the grill, savvy Hanover locals say that George Martin's Grillfire is a good choice. When you first walk into this popular restaurant, you'll be surrounded by natural stone, wood, and leather, which gives this restaurant its rugged, yet sophisticated atmosphere. Meanwhile, the menu reflects the same sensibility, featuring casual favorites like Angus beef cheeseburgers and spicy popcorn shrimp alongside elevated entrees like seared, sesame-crusted ahi tuna and center-cut filet mignon served with bearnaise sauce.

The service at George Martin's has a reputation for being warm and friendly, which makes this restaurant a good choice for a special dinner with the whole family or a laid-back meal with some friends from Arbors at Arundel Preserve. At the same time, however, the dining room is divided into a number of private-feeling booths, which make it a popular choice among those planning a romantic date.

Whatever your situation, Yelp reviewers suggest that a meal at George Martin’s Grillfire is a good way to spend your evening! 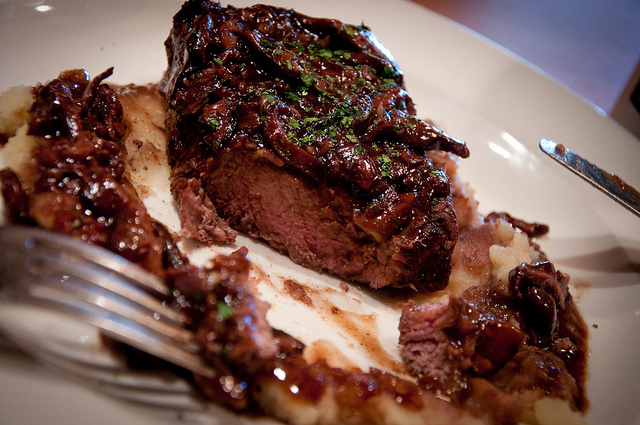